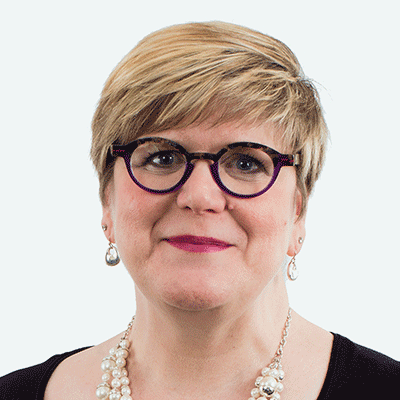 If you are trying to keep up with what’s new in dementia care these days you’re probably as busy as I am. There is a lot going on. It seems every day I am presented with a new idea, technology, or concept that challenges all that I have known to be true for the 35 years I’ve been serving elders with dementia and their families.

Recently I presented a deep-dive session at the Environments for Aging (EFA) Conference entitled; “Current Controversies in Dementia Care Design” where we spent over two hours reviewing what my co-presenter, Laura Busalacchi, head of Brookdale’s interior services and I believe to be some of the most controversial elements of creating environments that support people living with dementia. Specifically we engaged the audience (standing room only by the way—lots of interest in this topic!) in discussions of the following elements; hidden / camouflaged exits and murals to reduce elopement risk, use of fake items or motifs, hospitality aesthetic vs. functional dementia-friendly design and the biggest controversy of them all, segregated vs. inclusive designs for dementia. We examined each element and discussed as a group whether we believed the item / design element supported well-being and person centered values or whether it contributed to one of Tom Kitwood’s identified malignancies; such as treachery, outpacing, banishment, infantilization, labeling, invalidation, etc. (Kitwood, Dementia Reconsidered, 1997). Some of these items prompted rigorous debate and some we all agreed were a little more muddy in terms of a clear right or wrong answer.

Should we or shouldn’t we? It’s the question that has been at the root of the advancement of dementia care for as long as I can remember. I have seen much progress in best practices over the years and frankly most were no-brainers. Un-tie people? Yes! Reduce the overuse of antipsychotics and benzodiazepines? Yes! Create spaces where people living with dementia can interact in a natural environment with each other and friends and family, kitchens, tools, yards, pets, plants, music, and alcohol? Yes! We have debated them all and peeled back the regulations, while standing up to the concerns of well-meaning folks who only see the down side of risk. It has been the calling for many of us veterans in the field.

But it strikes me today after I read yet another LinkedIn post debating the use of robotic pets, that it is possible that we have reached the minutia stage with this debate—we are literally debating whether a solidly evidence-based object of affection is a good or bad thing for people with dementia. Seriously. Yes, it is not a real cat, true, but honestly I just don’t see the harm (or a malignancy) here. We have many of these robotic pets in service in our communities and I would say that most of our residents do not in fact, believe the pet is real—nor do we ever tell them that it is. We are also not substituting a fake experience for a real one. The robots do not, and will never, replace real pets…we still have those in abundance, including two or three communities with chicken coops. But I will say the fake cat will always sit on a resident’s lap much longer than the real ones do, it also tolerates being combed, kissed, and squeezed a little too tight.

The issue I have with fake components in dementia care environments is when the malignancy is at the genesis of the idea. E.g. “We will put a fake bookcase mural on this exit door and then the residents will be tricked into not knowing the way out.” That is pure treachery and in my opinion causes a very harmful lack of trust in the environment that can corrode the very relationship that is central to our care partnership.

But that is just my opinion, one opinion in what is now happily a sea of opinions. This field has grown so much and expanded so wide it now includes many different models, different sets of values, and vastly different answers to the question…should we or shouldn’t we? And that can only be a good thing.