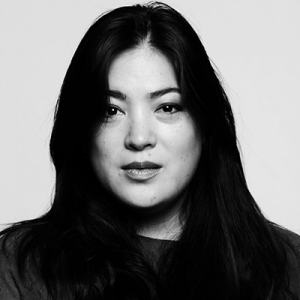 Jay-Newton Small
CEO and Founder, MemoryWell
Guide at the 2018 Pioneering a New Culture of Aging Conference

Joe was panicked, frantic. The bell was ringing for lunch, as it did every mealtime, and he was upset. He was grabbing people and trying to drag them away from lunch. This had been happening for months, and no one knew why Joe hated mealtime. The community in which he was living had tried everything: changing corridors and dining areas, cooking different meals. But nothing seemed to calm Joe down. Joe had advanced Alzheimer’s and he couldn’t tell you any more why he was upset: his words came out jumbled, a word salad.

Joe’s caregivers looked at his records and saw he’d been a lifelong certified public accountant. They didn’t see any flags or alerts about dining or meals. Joe’s family lived far away and his eldest daughter, who’d become his caregiver after his wife had passed, was overwhelmed with her own five children and a traveling salesman husband. So, she hadn’t answered calls. Finally, MemoryWell did a profile of Joe for the community newsletter, interviewing his other children by phone. And there it was, a tiny detail that explained everything: Joe had been a passionate volunteer firefighter for more than 30 years. When he heard a bell, his brain told him: danger, evacuate. He’d been trying to save people. The community changed the bell to a chime and Joe enjoyed his meals peacefully from that point on.

Joe’s name here has been changed, but the story is real. And it shows the importance of knowing the person for whom you are caring. A person isn’t a job or a title. It’s who we are, and often that essence isn’t captured on a form. Maybe you are an insurance salesman, but your real passion lays with missionary trips you’ve taken for decades to Brazil. Maybe you are a homemaker, but also win local quilting competitions. Maybe you are a lawyer who writes screenplays and scripts on your off days and weekends. Maybe you’re a waitress who also organizes social awareness rallies.

So much of what makes us us can’t be summed up in a series of descriptions. We aren’t just women and men, black, white, Hispanic, Asian, gay, straight, Southern, western, conservative, liberal, athletic or a homebody, poor or rich, pet loving or hating, a Baby Boomer or a Millennial; we are an intersection of so many things that make us unique. And it’s only by telling our stories that we can know the fullness of that person.

The idea of intersectionality was first coined by British sociologist Beatrice Potter Webb in 1913 but it was popularized in modern culture by Columbia Law Prof. Kimberlé Williams Crenshaw in the 1980s in looking at how anti-discrimination laws oversimplified racial and sex stereotypes. In the years since, it’s been applied to everything from Navy ships to Silicon Valley recruitment practices.

But in the case of healthcare, intersectionality’s biggest impact has in many ways been in the implementation of the Affordable Care Act. As healthcare stakeholders figure out how to show value-based care, as mandated by the ACA starting in 2017, they have realized that knowing the patient and caregiver means knowing a lot more than their diagnosis. And, here again, is where stories come into play.

Everyone has a story to tell, not everyone can tell it. Joe was no longer to tell his story. Others struggle with expression or writing, or are simply shy. So, how do we get at the person, their story? We find storytellers to help. MemoryWell is one such service. Of course there are others, LifeBio, the Society of Personal Historians, LifePosts, The Life Story Foundation Legacy Letters. However you do it, what’s important is you’re putting the story—the person—in person-centered care. And like with Joe, that can make all the difference.