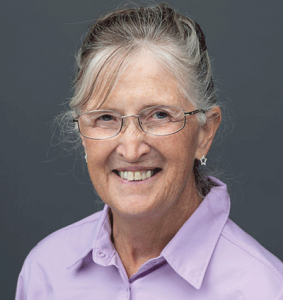 Resilience. According to Webster, it is defined as “the capability of a strained body to recover its size and shape after deformation caused especially by compressive stress” or “an ability to recover from or adjust easily to misfortune or change.”

In this day and age when change is all around us, we could all use more resiliency! But do we need more, or do we merely need to find what is already there?

Many years ago, I was attending a conference in which the keynote speaker was the Executive Director of a Continuing Care Retirement Community (CCRC). In his address, he was talking about the challenges faced when a community is looking to change something — the fear of how that change will be accepted by the residents.

He shared the story of his experience when community leadership had determined that there needed to be a change in the dining room hours in Independent Living. It was his job to go before the residents to share this news, and he, along with the whole team, was anxious as they feared that this news would be met with much displeasure by the residents who they were sure would not be open to or like this at all.

And so, with some feelings of trepidation, he stood up in front of the residents and told them that the dining room hours were going to change, prefacing his announcement with a statement about how he knew change was not always easy. As he waited for what he was sure was going to be nothing short of an up-rising from the residents, a gentleman stood up, and shared the following. What he said was basically — “what’s the big deal?” We have lived through the depression, a world war and so many other changes in the world around us during our lifetimes, what is the big deal about changing the dining room hours – we can adapt just as we always have.” There is no question, the generation of individuals living in CCRCs and nursing homes today has always been resilient, so why do we think just because they are now of a certain age and living in a community setting, that this characteristic that is so much a part of their history will go away? Makes me think that too often, it’s really a case of people living up to our expectations. If we believe that residents, or staff, or family, won’t be open to change, then perhaps the negative voices are what we are anticipating, so they end up being all we hear.

If we take the time to look, I believe we will find that resilience is a characteristic that would describe people all around us. Take Brian LeBlanc, a dear friend of Pioneer Network who is not only living with dementia, but has taken on the role of advocate for himself and others. I would definitely describe Brian as resilient. Or perhaps the care team member whose car breaks down, but they find a way to get to work each day. I would call them resilient.

Every day in every place, we meet people who demonstrate what resilience is all about. Recently while in Louisville, I had the occasion to meet a remarkable gentleman, Charlie Woods. Charlie is a retired jockey and we met at a reception at the American College of Health Care Administrators convocation. Charlie was there in his jockey garb to pose with attendees, bringing the “Louisville” spirit to the festivities. Yes, I posed for a picture with Charlie, and while doing so, I shared with him a little bit about Pioneer Network, and he shared with me his story — and what a story it was.

Charlie became a jockey at the age of 24, old to begin such a career. But even more remarkable than his late start was the fact that Charlie was afraid of heights, and at less than 5’5″tall, sitting on the back of a horse was pretty high up! Shortly after beginning his career as a jockey, Charlie had an unfortunate accident. Thrown from a horse, he sustained multiple injuries, including a fractured pelvis. He was laid up for almost a year. During this time, he had a lot of time to think, and the safest and perhaps the most logical course at this point would have been to give up the idea of being a jockey. But that’s not what Charlie did. Instead, he resolved to get back on a horse and resume his career. 40 years and 2,985 wins later, Charlie retired. Now if that’s not a story of resiliency, then what is?

We see resiliency in people all around us — we just have to look. If I had only taken the time for a quick photo with “Charlie the jockey,” look what I would have missed. And so it is for us. If we only take the time to see the residents, staff, family members within the context of their “role” and don’t take the time to get to know who they are and to learn their story, we will miss out on a lot, not the least of which is to learn how powerful resiliency is in the lives of those we live and work with. If we recognize and learn to build on this characteristic, imagine how it will help us navigate whatever comes our way!