Facebook’s latest challenge started with a negative question about aging and it went viral. That’s a problem. 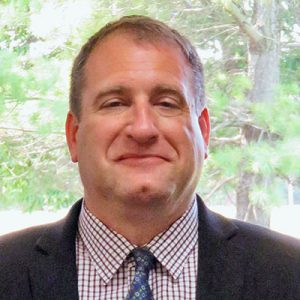 Pundits and social media watchers are calling it the first viral trend of 2019, and anyone participating on Facebook over the weekend couldn’t miss it.

But make no mistake: Facebook’s How Hard Did Aging Hit You? Challenge is ageist, and dangerously so. The campaign looks harmless, but actually encourages social media users to participate in and perpetuate a tired and negative narrative about the process of getting older.

The challenge involves inviting your Facebook friends to share two photos of themselves: one from when they started using the social media platform and a current photo. The user then posts the two photos side by side and shares. A typical passage of time between profile pictures is about 10 years or so.

On the surface, such an exercise could be considered just a harmless, even fun, walk down memory lane. To those who participated and did so in that spirit, that’s wonderful.

But as a leader in the field of productive, healthy aging, I encourage a closer look at what’s really happening with this viral campaign. What lies just beneath the surface is a collective and problematic failure to engage in important conversations about the many ways we grow, evolve, learn, and indeed face challenges as we all age.

Facebook misses the mark here by perpetuating a negative narrative about aging not only to those of us who are “of a certain age and beyond,” but to everyone using the platform. It’s not simply about offending older adults.  A 2018 Pew Research Center survey of U.S. adults indicates that Facebook remains the most widely used social media platform, with 68% identifying themselves as users.

By accepting an invitation to consider a question that starts from a negative conceptual launch pad, How Hard Did Aging Hit You? and answering that negative question with physical evidence, there are only two outcomes, and neither of those do anything to shed a nuanced light on aging. Those who take the bait on this have two options once they have invited hundreds of their closest Facebook friends to compare the two photos: commiserate and be a good sport about some good-natured ribbing on how much someone has changed physically over time—more gray hair, a change in weight, added wrinkles—OR accept congratulations for holding the aging process at bay, at least in photos (which can be problematic exercises in self-presentation in general, a topic beyond the scope of this conversation). Where does one go from there, especially since aging is a process that cannot be avoided? Avoid taking photos? Stop looking at photos from the past?

A more interesting and helpful campaign that would have impact on people of all ages  would be something that gives participants a mechanism to take stock in changes that have occurred over time and allows space for more complex explanation and thought. Would people participate if invited to describe how they’ve grown over the last ten years? How the triumphs and challenges they’ve experienced over time have changed their perspectives on themselves, their work, their personal missions, their relationships with others? The question that Facebook should be asking is not How Hard Did Aging Hit You? but How Have You Improved Over Time? Or better yet, How Are You Getting Better As You Get Older? The latter implies a natural process and a moving forward with hope and a plan of action.

To those who helped this campaign go viral and feel like you have a better story to tell about all that went on between the two snapshots you shared, I encourage you to go back to that post and add some context. Share what’s happened to you during that span of time, what you learned from it and how you plan to go forward, what you have to offer right now.

Paul Weiss is President of The Oasis Institute, a national education organization that promotes healthy aging through lifelong learning, active lifestyles and service. Offering stimulating programs in the arts, humanities, health, technology and volunteer service, Oasis brings people together to learn, lead and contribute in their communities. The Oasis Institute in St. Louis is the headquarters of a national network that serves a broad audience in 40 U.S. cities through nine educational centers and community partners. For more information, visit www.oasisnet.org.

5 comments on “Hit hard by aging? Exploring why Facebook’s latest challenge should be challenged.”