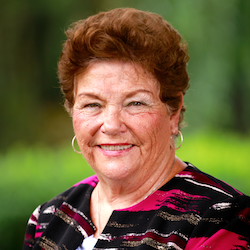 The first time I heard the story of Mr. McNally was at a Requirements of Participation (RoP) training presented by Dr. David Gifford and Lyn Bentley, educators from the American Health Care Association. Dr Gifford and Ms. Bentley explained to the 70 students present that we were going to participate in a person-centered care exercise which began with “The Story of Mr. McNally.”

Mr. McNally is a case study of a fictional gentleman and his experience of care in a short-term rehab center, following a stroke. We were separated into groups of six and each group received a deck of cards to be dealt out randomly by someone in the group. The cards each contained some aspect of Mr. McNally’s experience of care in the center. The only information we received prior was that Mr. McNally had suffered a stroke and was admitted to short-term rehabilitation with the expectation of going home. He was doing quite well when he was admitted but he declined rapidly.

We were instructed to use the cards with Mr. McNally’s information and piece together information to answer two questions:

None of Mr. McNally’s decline was medically-related; all events were the result of the well-intentioned decisions made by the nursing staff who believed they were adhering to standards of care and center practices.

From the first time I participated in the Mr. McNally exercise in 2016, I had no idea the impact it would have on my nursing practice and the leadership training I teach. I soon realized what person-centered care really means. Everything nurses do upon admission is routine. We tell the person what will be done; we don’t ask about their goals and how we can help reach them. We have PRN orders to follow in response to what we think is necessary. Some orders are necessary for medical events, but rarely do we ask the person, “What do you need?”

This realization was my moment of truth and clarity. How many times have we sent residents to the hospital against their wishes because we know what’s best?

Instead of helping Mr. McNally return home, decisions the staff made caused Mr. McNally’s decline and misery.  Instead of going home, Mr. McNally would now be living in a nursing home.

My story about Mr. McNally and me began after that initial RoP training. I began to start my leadership training for nurses and administrators with the Mr. McNally exercise. I expanded the use of Mr. McNally’s story to all trainings – of RNs, LPNs, social workers, nursing students and post-graduate nursing students, administrators, and executive directors in assisted living and nursing homes. I presented nationally and in state and county coalitions, and anywhere I thought health care workers would listen. Most experienced the same “AH-HA moment” that I had. Although the training sessions were always successful, I remember two very specifically.

As part of a workforce retention strategy, and to elevate the level of training of certified nursing assistants (CNAs), the Health Care Association of New Jersey hosts a CNA training and luncheon annually. The first such luncheon occurred in 2018 and I conducted the Mr. McNally exercise with 70 CNAs. I was surprised and pleased to see how enthusiastically these direct care workers were in participating and how easily they discovered what went wrong and why.

The second most memorable training took place at the AMDA: The Society for Post-Acute and Long-Term Care Medicine conference in 2019. 75 assisted living physicians participated in the Mr. McNally exercise. You can imagine my uncertainty of how they would receive the exercise. To my great delight, they were fully engaged in the exercise. A robust discussion followed about how they could change, both in their practice and within the assisted living communities where they practice. Their interest and sincerity were documented in the evaluations of the session indicating their satisfaction and acceptance of person-centered care. Most conceded the importance of knowing the resident and their expectations of care so that their care plans and medical interventions coincided.

The reason I wanted to write this story was to acknowledge the wisdom and insight of Cathie Brady and Barbara Frank of B& F Consulting who developed the Mr. McNally exercise. I want to show how their work impacted this nurse and the many caregivers –  clinical and non-clinical – to whom I had the honor of sharing the Story of Mr. McNally.

Nothing I have taught or practiced has made such a profound difference in how I practice the art of nursing. Simply by knowing the individual and what is important to them is really the best medicine for them and for me.

Thank you, Cathie and Barbara. Thanks to the support of the RoP regulations and meaningful educational exercises such as Mr. McNally, we are moving in the right direction toward person-centered care and culture change.

If you haven’t ever participated in the McNally exercise, I encourage you to find out more about what this exercise is all about.  And if you have participated in it in the past, you know the value, but have you passed it on to others?  The Mr. McNally Cards and instructions for facilitating the exercise are available on the Pioneer Network website in the Getting Started section of the Resource Library.