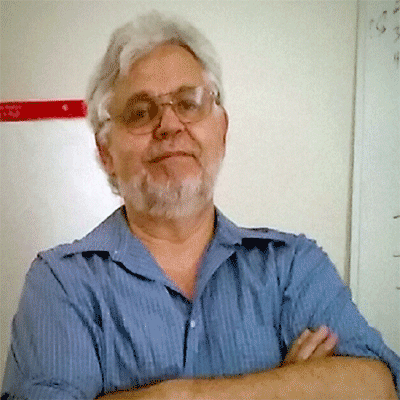 Doesn’t it break your heart when you hear of culture change practices stopping at a nursing home? There are many reasons of course. We are going to think through when those reasons sometimes involve survey, surveyor’s comments or deficiencies cited.

There is always more to the story, that is for sure, while at the same time we need our surveyor colleagues to help sustain changed culture. No one wants institutional culture. Nursing homes should be true homes for the people who live there, not institutions.

This article seeks to offer some ideas for surveyors and providers to consider. Please feel free to add to the conversation by submitting comments regarding this blog. 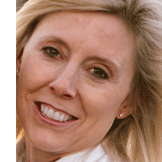 Surveyors, what you say has so much power. If you don’t like something and let that be known, whoosh it’s gone. However, if it is only your opinion and/or even what has been called a standard of practice, but is not regulation, you may have unintentionally influenced a team to provide system-directed care, rather than individualized, person-centered care.  Think about this, nursing homes, are you providing generic care or individualized care and which one are we required to provide? A standard of doing something every so many hours to everyone is generic care. Individualized care is what is required, not generic.

Nursing home teams, be sure to internally discuss surveyor comments, give it time and wait to see if what was stated by the surveyor is identified as deficient practice in your survey report/2567.  We’ve heard too many stories where, because of what one surveyor happened to say, an important person-centered practice was stopped immediately.

In fact, we’ve heard this often about I care plans, care plans in the voice of the resident. Stating the plan of care in the voice of the resident is POWERFUL. Everyone agrees it leads to a better understanding of the person, empathy and better care. Remember everyone, even if a person no longer talks with words, care partners know what they are telling us. For instance, if I spit out my green beans, what did I tell you? This is good individualized assessment and care planning and importantly, it is what CMS requires.

In Michigan, at least at one time, there were long-term care stakeholder meetings to discuss culture change practices and how to support them. Take their lead, call for a meeting with your state survey agency. When we were surveyors, we realized that as state government employees, anyone could ask for a meeting with us for help in thinking through an issue or an idea to implement. The same applies to just calling to ask a surveyor to think through a practice you want to implement. Karen Schoeneman, culture change pioneer and former Deputy Director of CMS Division of Nursing Homes taught Carmen when she worked there that government work is civil service. Many don’t take advantage of that fact. Surveyors, you could even be proactive and offer to have these meetings on a regular basis. It is a simple way to support the move toward better quality of life, a changed culture, and individualized instead of institutional care. Tapping into the knowledge of surveyors is a win, win and a service of government, our taxes, something we can all make better use of. Even more incredible, Oregon, at one time, dedicated 12 surveyors to sit on one nursing home’s culture change committee. Of course, they didn’t survey that building but what a wonderful proactive way to support changing institutional culture to create home for those living there.

Nursing homes, don’t be afraid to take advantage of the IDR process, especially when it represents holding on to a culture change practice. We’ve heard of teams fearful of what will happen to their 5-Star rating, but keep in mind, when you request an IDR, your survey results are placed on hold in the CMS data system, and that survey data is not applied to the 5-Star record until the IDR process is concluded.  Subsequently, if a deficient practice is upheld, it is no different than if you did not utilize informal dispute resolution.  Also, an IDR is not always a face-to-face meeting.  Remember to outline how a practice is meeting the intent of the federal regulations in support of person-centered care.

Carmen has only heard two people ever talk about utilizing plans of correction to their advantage. Former Administrator of Fair Acres in Greeley, CO, Kathy Meckelburg, was so wise back in 2003 when she stated in a plan of correction that the team would provide a breakfast cooked-to-order system to correct complaints and a deficient practice cited in dining. How smart! Since homes strictly ensure doing whatever it is they say they will do on a plan of correction, put some goals on there that you’ve been meaning to get to!

Ray, who was at the time Rhode Island State Survey Agency Director, spoke at the CMS/Pioneer Network sponsored April 3rd, 2008 Creating Home in the Nursing Home: A National Symposium on Culture Change and the Environment Requirements and said the following:

“In terms of my points here, one of the issues again is this issue of “followship.” People need to have a willingness to analyze the regulatory outcomes.  We just do surveys over and over and over again and rarely have time to step back and actually look at what did we find?  What did we tell the provider? What did we accept as a plan of correction?  It’s hard sometimes to find the time to do that as a regulatory agency.  Incrementally we’re designing the questions.  We have interpretive guidelines from the federal government.  One of the benefits of having their cooperation here was to kind of signal them — we might be asking different questions — we might get different answers. It could lead us down a whole different path and it has. It is important to partner with like-minded individuals. You have to find those organizations who understand what you’re doing and can offer other supports and services. And last, the whole issue of collaboration. The state survey agency can’t do it alone. I don’t really believe an industry or a provider can do it alone. You need to talk to other people who tell them it’s the right thing to do, it’s the right time to do it, and it’s okay. So, collaboration is a critical piece. With collaboration we can clearly make it all happen.  Thank you.”

Ray realized that survey agencies should carefully review Plans of Correction to ensure, not only that the response to a deficient practice is corrected in line with the regulatory requirement, but also that a home does not shift away from a person-centered emphasis by adopting an institutional systems corrective action.  Failure to consider the survey agency’s responsibility in this area, is a failure to encourage the culture change practices adopted by CMS and promoted in the regulations.

A national push for non-institutional culture?

Did you know that in Canada, “culture change is a national priority”? Why, because they want to put the institutional model behind them. We all know a changed culture is better than an institutional culture. Why don’t we hear this in the U.S.? We must move forward together!

In our country, something similar was also said at the 2008 symposium by Mary Gear, former Oregon State Survey Agency Director, “I would say in Oregon that the focus on culture change and the exposure of surveyors to culture change has made us as an organization much more willing to address the poor performers in an aggressive way because we see that it can be different and we don’t have to put up with that anymore.”  What if we all acted this way with an urgency to change culture? Nursing homes and teams moving in that direction and survey teams supporting them?

Don’t let culture change die on the vine in your state. Do all you can to be an advocate for people to live normal life instead of institutional life. We know it can be different and if we work together, we can make it happen!