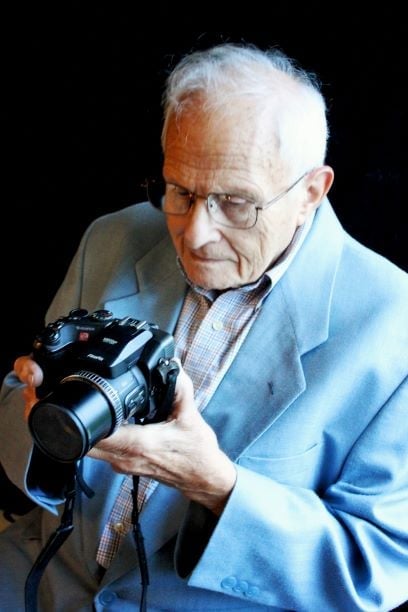 Ed Feil was a mild-mannered man best remembered by folks who knew him as a kind, warm fellow with a hearty laugh, a generous and playful disposition. Those who didn’t know him personally, knew him as the husband of Naomi Feil and the Validation filmmaker. He was a person of few words but had an abundant vocabulary when it came to communicating with his camera.

Ed brought an artist’s eye to his documentaries and Naomi brought a feeling for drama to the scripts. Together they created the Validation related films: Where Life Still Means Living, The Seminar Group, Communicating with Alzheimer’s Type Populations, My First 100 Years, The More We Get Together, 100 Years to Live, Looking for Yesterday, Myrna, the Mal-oriented, and The Four Phases of Resolution.

In the late 1970s, Naomi would go on speaking tours carrying the 16mm film and a ton of books to sell. She would describe Validation, show the film, and then answer questions. Ed would rarely accompany her on these tours staying home with the kids and working in his home film studio (half of our basement). 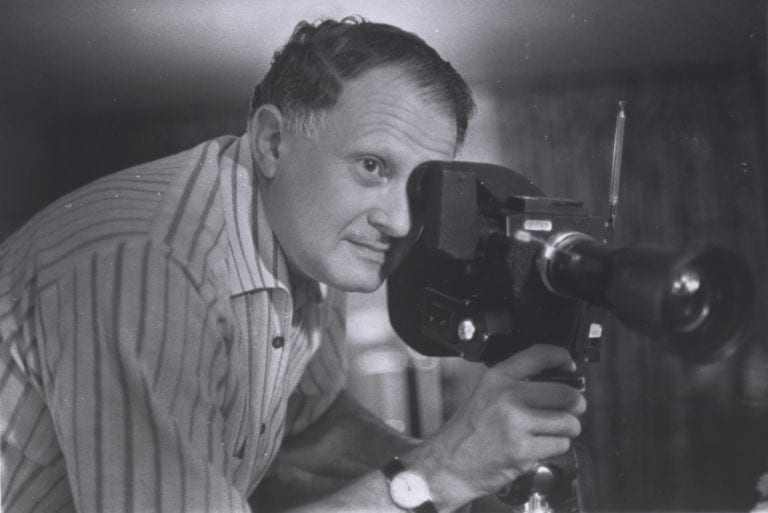 By the time Ed and Naomi moved from their house in Cleveland, Ohio, there were pallets-full of films (from super 8 to 16mm) and videos that were sent off to the Indiana University Moving Image Archive and are now all being digitized for the Naomi and Ed Feil Film Collection. These encompass home movies as well as award winning films. Their film, The Inner World of Aphasia, was placed on the National Film Registry by the Library of Congress.

As Ed grew older, his health and memory started to fail, and it became more difficult for them to live on their own far from family. So in 2014, they moved to my brother’s farm in Oregon. Their small ‘studio’ house, only 100 feet from the main house, gave them independence and a feeling of security. Eddie was a minute away in case of emergency. And as the years passed, there were increasing numbers of middle-of-the-night, health emergencies. Ed always pulled through until February 5, 2021 when he died at around 3:15am, peacefully, in his own bed with Eddie, Naomi and a caregiver surrounding him.

What makes Ed’s story unique is that his late-life care was orchestrated by a pioneer in the field of aging and supported by a team of home caregivers and children. Naomi put her theories into action. Ed’s needs were at the center of everything and he was accepted as he was in each moment. When he expressed sexuality, caregivers were taught to NOT correct or scold, but to understand that this basic human need had a right to be expressed. When he felt ornery, he was given the space to swear like a sailor (which he never did when he was a younger man). His favorite music (the American Songbook and movie musicals) played each day, and his favorite movies were the evenings’ entertainment. That is, when they had time at home. Naomi scheduled plays, concerts, musicals, trips to museums on a weekly basis. Even though she needed to purchase four tickets for each event (Ed, Naomi, the caregiver and the driver), she felt this sort of stimulation was important and was willing to do what ever was necessary to get them up and out – wheelchair and all.

Every week, Ed had painting lessons, piano lessons, drumming sessions, sing-a-longs, walks around the house (when he could walk) and drives in the wheelchair accessible van. Even during the coronavirus lockdown, this focus on stimulation and activity continued.

Naomi and Ed planned for this starting in middle age when they started paying for home care insurance. This made it possible for them to have a caregiver on call, day and night, plus a driver every day to take them shopping, do errands, go to one of their classes and out in the evenings. I could write a whole new blog about how these caregivers delivered excellent holistic care and were supported by Ed’s children. But for now, the take-away is: it is possible to create a validating home care situation for older adults living with cognitive decline, even with severe health problems.

Written by Vicki de Klerk, step-daughter of Ed Feil and Executive Director of the Validation Training Institute. Sign up for our Newsletter for more information.

4 comments on “Putting Validation into Action – A Very Personal Story”