Performance improvement happening closest to the residents. That is a mantra we hear often when sharing ideas on effective approaches to Quality Assurance / Performance Improvement (QAPI).

The team at Milaca Elim Care and Rehab Center found a way to embrace that mantra when they formed the Resident Advisory Committee to choose the topics they want to study in their learning academy. The residents in the learning academy choose a topic of interest each month and then hold four or five 30 to 60-minute classes and often plan an outing to a place that is related to the program.

Located not too far south of Mille Lacs Lake in a state known for its lakes and fishing, and with a number of residents who have been avid fisherman and women throughout their lives, it wasn’t surprising that a recent topic chosen for the learning academy by the Resident Advisory Committee was to learn more about fishing in Minnesota — a Fishing Academy. 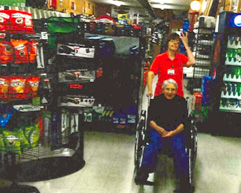 The first field trip associated with the fishing academy was to the local bait and tackle store; Prince Bait. Many of the residents had frequented this shop in their past, though for most it had been a while. They really enjoyed looking around at all the bait, tackle and other fishing equipment and seeing how things had changed over the years. The bait shop has several trophy fish on the walls and the residents had fun trying to identify them. The Prince Bait employees were excited to share their knowledge and enthusiasm about fishing with the residents.

The finale to the Fishing Academy was a guided trip to the fishing launch on Mille Lacs Lake, a place that the community has been bringing residents to annually. By having the fishing academy prior to the trip, the excitement and interest in the fishing launch was greatly increased and resident friendships deepened as they shared their similar interest in fishing. A topic of discussion that was particularly of interest to the residents was how fishing has changed over the years.

The fishing launch was a stellar success! As the team looks back, they believe that a big part of the success came from the anticipation of the fishing trip that grew as the residents studied and planned it. Just as it is for most of us, a big part of any special event is the learning, the planning and then ultimately the anticipation this builds. The team at Milaca Elim Care and Rehab Center saw the impact of this first hand. 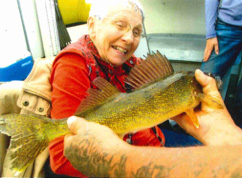 And of course, there was one more important outcome… the several walleye that were caught by the residents. While the catch and release requirements meant there could be no “trophy fish” brought back and mounted on the walls of the community, the residents were fine with that. They knew why because they had learned about it in the fishing academy. The memories were reward enough!