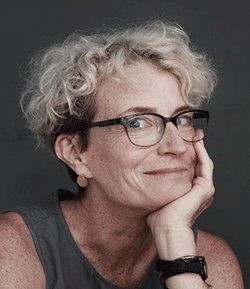 All around the world, people are living longer-a basic hallmark of human progress, and a triumph of public health. The World Health Organization (WHO) is in the public health business, and no organization has done more to raise awareness of ageism-the biggest obstacle to meeting the challenges of population aging, and also to capitalizing on the “longevity dividend.” Part of the WHO’s global anti-ageism campaign  is a new list of ten common “misconceptions on ageing and health.” The global perspective is instructive, and it’s making me rethink some things-including the burning question of whether to start spelling “ageing” the logical, British-and-Indian way.

1.  There is no typical older person.

That would top my list too. Stereotyping-the assumption that all members of a group are the same-underlies all prejudice. Of course stereotypes always a mistake, but especially when it comes to age, because we all age in different ways and at different rates. As geriatricians put it, “Heterogeneity is the hallmark of ageing.” Or, less formally, “If you’ve seen one 80-year-old, you’ve seen one 80-year-old.”

2.  Diversity in older age is not random.

Spoken like a tactful epidemiologist! WHO is pointing out that the playing field is far from level: “The physical and social environments in which we live are powerful influences on Healthy Ageing” and are further shaped by “our sex, our ethnicity, and financial resources.” As I write in the my book, This Chair Rocks: A Manifesto Against Ageism, “The way we grow old is governed by a whole range of variables, including environment, personality, and genes, compounded by class, gender, race, luck, and the churnings of the global economy-over which we have varying degrees of control.” The effects compound each other and add up over time, which is why the poorest of the poor, all around the world, are old women of color.

3.  Only a small proportion of older people are care dependent.

“Care dependent” is a great way to put it. I tend to frame this in terms of the percentage of Americans over 85 who live in nursing homes (10 percent) and who can go about their everyday activities without any personal assistance (over half).  The WHO frames this in economic terms as well, drawing on recent research showing that the contributions of olders in the UK “were worth nearly 40 billion more than expenditure on them through pensions, welfare and health care combined”-a figure set to nearly double by 2030.

4.  Population ageing will increase health-care costs but not by as much as expected.

The notion that older North Americans are an inevitable sink for healthcare dollars is incorrect, and the WHO makes the international case. “In high-income countries, there is growing evidence that at around age 70, health-care expenditure per person falls significantly,”the WHO observes, though expenditures made outside the traditional health system increase. So it makes sense to invest in long-term care. Aging influences health care expenditures far less than other factors, especially expensive medical technologies. Related predictions that “too many old people” will tank the economy-debunked here-are biased, outdated, and just plain wrong.

I take issue with claims like “60 is the new 40!” because they’re based in denial-60, no matter how active, is still 60-but I’ve been assuming that we’re generally healthier and more vigorous than the generations that preceded us. Not so, says the WHO. Although severe disabilities may be less common, “no significant change in less severe disability has been observed during the past 30 years.”

6.  Good health in older age is not just the absence of disease.

“The combination of a person’s physical and mental capacities (known as intrinsic capacity) is a better predictor of their health and wellbeing than the presence or absence of disease,” notes the WHO, suggesting that we focus on improving intrinsic capacity rather than on specific ailments.  As I write in my book, “While physical decline is inevitable, poor health is not.” People get chronic conditions but we learn to live with them. We find ways to keep doing the things wel love-versions of them, at least. No single age-related condition affects most older people. Some of the oldest of the old live well not by avoiding illness but despite it.

7.  Families are important but alone cannot provide the care many older people need.

“While families will always play a central role in long-term care, changing demography and social norms mean it is impossible for families alone to meet the needs of care dependent older people,” the WHO points out, calling for training and supporting caregivers and for the government and other sectors to share responsibility. It’s the absence of publicly funded support that turns caregiving into a burden-one that falls largely on women. How about paid family leave and subsidizing care for people of all ages? How about a guaranteed, collective, universal right to long-term care that gives women the same options that men-white men with good jobs, at least- have always enjoyed? How about providing decent wages, health and unemployment insurance, and a path to citizenship to those we pay to do this intimate and important work? Which would allow families to do what they do best: be family instead of nurses and administrators.

8.  Expenditure on older populations is an investment, not a cost.

Programs that help olders stay mobile and functional require funding, but what’s often omitted from the accounting is the cost of not making such investments. “These investments can yield significant dividends, both in the health and well-being of older people and for society as a whole through increased participation, consumption and social cohesion,” says the WHO. Some of the return on investment is direct. For example, better healthcare leads to better health, which saves money, improves lives, and allows people to contribute to what AARP calls the “longevity economy.”  Some is indirect, helping societies protect the human rights of their older members and enabling them to live with dignity.

According to the WHO, “While Healthy Ageing starts at birth with our genetic inheritance, only approximately 25% of the diversity in longevity is explained by genetic factors.” I remember how surprised I was to learn that, from none other than geriatrician Robert Butler, who coined the term “ageism” and founded the National Institute on Aging. “It’s really never too late to reinvent yourself and to invent different health habits. Only about 25 percent of our health appears to be due to genes. Seventy-five percent is environmental or behavior,” Butler told me. That why WHO recommends that policies “address these person-environment interactions across the life course.”

10.  Mandatory retirement ages do not help create jobs for youth.

“Policies enforcing mandatory retirement ages do not help create jobs for youth, but they reduce older workers’ ability to contribute. They also reduce an organization’s opportunities to benefit from the capabilities of older workers,” write the WHO. Indeed: the exchange of skills across generations is the natural order of things, but in much of the developed world age discrimination in the workplace has subverted it. Another false dichotomy is that older workers take jobs away from younger ones. Economists call this the fallacy of the “lump of labor.”When jobs are scarce, this is true in the narrowest sense, but that’s a labor market problem, not a too-many-old-people problem. A 2012 Pew Charitable Trusts study of employment rates over the last 40 years found rates for younger and older workers to be positively correlated. In other words, as more older workers stayed on the job, the employment rate and number of hours worked also improved for younger people.

A growing body of evidence shows that attitudes towards aging have an actual, measurable, physical effect on how we age. People with more positive feelings about aging behave differently from those convinced that growing old means becoming irrelevant or pathetic. They do better on memory tests and are less likely to develop the symptoms of Alzheimer’s disease. They can walk faster and are more likely to recover fully from severe disability. And they actually live longer-an average of seven and a half years. Everyone agrees that health has the biggest effect on how we age-and how much it costs. Think what a global anti-ageism campaign would do to extend not just lifespan but “healthspan.”