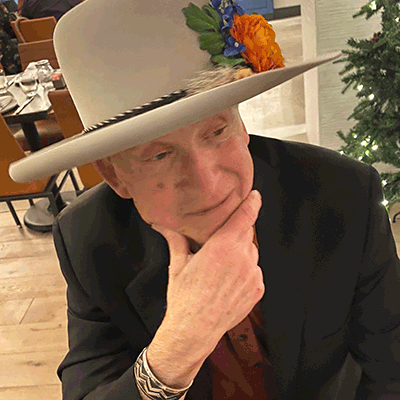 My former company, Piñon Management, conducted many Eden Alternative three-day training sessions for everyone on the nursing home team. CNAs were encouraged to attend and many did so.

Contemplating the challenges of being a CNA in a nursing home, one incident stands out for me. Evy Cugelman, a brilliant teacher leading one of these trainings, approached me to request I say a few words (hopefully inspirational) to the graduating class. I entered the room as a discussion was in progress. A CNA solicited an answer to her angst. “This has been enlightening, my eyes have been opened,” she began. “But tell me how do I return to my nursing home and apply it to my day to day job?”

I thought to myself what a cogent, fantastic question that I’m sure has been asked numerous times. I’m equally certain that Evy gave a comforting, empathic rejoinder.

Having no prepared words of wisdom and ruminating about the daunting challenges of being a change agent in a rigid entrenched system, an image appeared in my mind: Rosa Parks!

Rosa Parks, as most of us know, was the woman who refused to vacate her seat on the bus to a white person as required by law in the Jim Crow south. It was intentional, planned, and skillfully executed. To some it may have appeared as a token act of defiance, but it was a galvanizing moment for the then nascent civil rights movement that would, over decades, lead to profound change. One person, one thoughtful act, can make a huge impact even though it is not perceived in the moment of its happening.

It is true that for many change is painful and may come on too fast and too strong. This could be off-putting and actually thwart progress. For others, change cannot come quick enough. Transforming nursing homes from an institution to a person-centered habitat, the CNA role is pivotal but how does one navigate uncertain waters?

The Rosa Parks story is instructive. She role modeled an action by refusing to give up her seat. It was non-violent; she was calm, respectful, and she created an energy for change. This is an example of dialectical conflict resolution skills: composure, patience, clarity of vision, humility, are virtues that have a potential to effectuate change. Simply by refusing to see residents as a mechanical chore, or as a diminished person with deficits, but instead as a full human, is analogous to Rosa Parks. Small acts, over time yield results.

There are many demands on a CNA, whose contributions and essentialness are under appreciated, wages and benefits under compensated, and their knowledge of the residents underappreciated. Why is this vital role so marginalized? This is the question of the hour, of the day, and of the future. The tragedy of the pandemic has shone a glaring light on the dysfunction of the current system. The problems are enormous and complex: everything from under reimbursement by Medicaid, to adversarial regulatory oversight that punishes for errors and rarely rewards success, to top heavy nursing home organizational structures that keep CNAs near the bottom of a hierarchical pyramid.

“The darkest hour is right before the dawn,” said many a prophet. Certainly, we are at that threshold now. The pandemic has blanketed out the light. The good news is that means the light will be arising soon.

The National Association of Health Care Assistants (NAHCA), led by its cofounder and CEO Lori Porter, is a passionate leader; a messenger, a torch bearer for the reemergence of the light. Check out the freshly developed National Institute for CNA Excellence (NICE) project and you will get a preview of the vision for enhancing and empowering CNAs! NICE not only instructs on the basics of CNA certification, but goes much further. For example, it offers conflict resolution skills and leadership training by experts in the field. This is crucial. In effect, NAHCA is opening the door for CNAs and future CNAs to be like Rosa Parks. A life affirming, self-confident professional doing exemplary service in this world.

The Live Oak Project, co-founded by Barry Barkan, Rose Marie Fagan, and me is committed to transforming long-term care in its “Call to Action” paper. More immediate for CNAs, Live Oak has proposed, along with NAHCA, a 30% increase in pay over three years funded by Medicaid. This proposal has received endorsements from a number of national organizations and we fervently desire to see it realized.

I hope to see you at the Pioneer Network Virtual Symposium on March 24, Envisioning the Future: Exploring Lessons Learned. Lori Porter and I will be doing Session 3: Valuing CNAs: It’s More Than Finding a Way to Get a Hot Pizza to the Night Shift! Oh yeah, much more!

2 comments on “The Darkest Hour Is Right Before The Dawn”