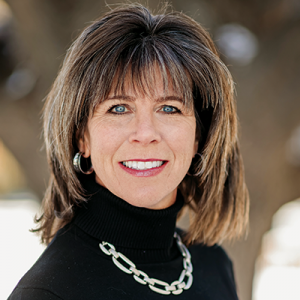 As we gathered last week for our second symposium of 2021, Envisioning the Future: Dementia Care 2021 and Beyond, I couldn’t help but think of how far we’ve come in listening to the voices of people living with dementia and having them help guide what the future will look like for them and so many others to come. I needed to be reminded of the difference Pioneer Network and so many other organizations have made as we work to change the culture of aging, care and support because at this moment, I’m personally thinking about how much work still lies ahead of us.

My stepfather is living with dementia. At 92 years of age, almost 93, this is not necessarily surprising. He’s been living with prostate cancer as well and many of the side effects that come along with it. The last several years have been increasingly challenging not only for him, but also for my 87-year-old mother, his primary care partner. As I listened last week to the presenters who are living with dementia, I realized once again that neither of my parents were encouraged or supported to plan for what was going to happen. Only recently did a physician finally say, you have dementia.

Unfortunately, it came too late. My stepfather is not able to understand exactly what this means. He and my Mom didn’t have the opportunity to plan for what this life might look like. Last week we heard from Brian LeBlanc about the musical playlist he’s already made for his informal and formal care partners to play for him as his cognitive decline advances. Mike Belleville shared about the multiple conversations he and his wife, Cheryl, have had about what comes next. Mary Beth Wighton, another of our panelists, shared in her recent book, Dignity and Dementia- Carpe Diem, about the visits she and her partner, Dawn, have made to care communities in case she needs to move into one as time goes on. These are all people who have been involved as much as possible in planning their future.

After not being able to secure more services at home due to the severe workforce crisis in home care, my stepfather fell a few weeks ago and suffered a compression fracture of his spine. He had what is still too often a typical emergency department experience of hospital staff seeing him as his diagnosis, rather than a person who just happens to be living with the diagnosis of dementia. When he was admitted, the staff didn’t take the time to know him, nor did they seem to understand how to communicate with someone living with dementia. He was left in his own stool for hours without being cared for. His food was left for him without staff members listening to my Mom say that he needs cuing, and sometimes hands on assistance to eat. There was poor communication between the hospitalist, urologist and orthopedist. It showed me once again how broken our system is, how ageism runs rampant and even with a strong advocate, it may not be enough.

My stepfather moved into a nursing home two weeks ago. Out of the only eight homes in the area they live, it’s supposed to be one of the best. I confess that a few strings were pulled to help him move in there and I’m not sure they helped, but he’s living there now. It took a week or so before things became settled. There was still a quarantine period, there are still visiting restrictions and it’s taken everyone a while to learn his nickname, but I think it will be as okay as it can be. As I write this, I see that even my expectations are lowered tremendously about what his new life in the nursing home should look like.

To be honest, I look back right now and wish that I could have tried harder to support them in these conversations. Human nature is such though that it’s sometimes difficult for us to listen to family members in addition to professionals. It’s very sad and I know that so many of you reading this have had experiences like this and much worse. I know that some of you do the work you do because of your personal experiences. Writing to you as the leader of Pioneer Network sometimes makes me feel like a hypocrite but I don’t stay in that moment very long. Instead, I reframe that thought into this — We have so much work to do.

Last week’s symposium reminded me that we need to stop talking and start acting. We say this again and again…the time is now for change. Let’s mean it this time. Are you with me?

14 comments on “We’ve Come so Far…and Yet We Have so Much Further to Go!”