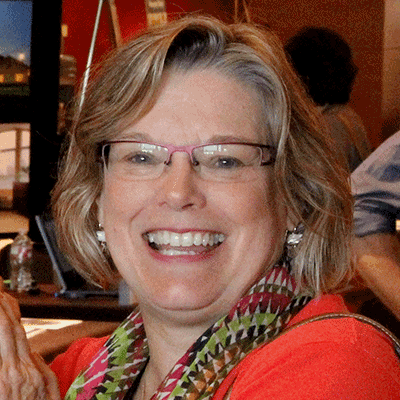 I have recently been asked several times to teach about the work done in a study published in 2006 (Hoeffer et al.) often referred to as “bathing without a battle,” in which I served as a nurse clinician researcher.  These “asks” make me wonder why it is even necessary to be teaching this after so much time. Shouldn’t it already be the standard of practice? Aren’t providers already aware of this practice change?  Or was there awareness and then backsliding?

This interdisciplinary research project and evidence-based practice change explored the common problem of people living with dementia who resist bathing or other hygiene attempts. Working with the people identified as the most difficult to bathe and their direct caregivers, individualized approaches were tried based on knowing the resident and assessing the meaning of the resistance. Significant improvements in resistive behaviors occurred in the study, and articles, workshops and CDs were developed to put the useful information into practice. The Centers for Medicare and Medicaid Services (CMS) added a question of choice related to bathing to the federal guidelines for nursing homes.

A major paradigm shift occurred for me during the study. It became crystal clear that what generally had been defined and labeled as combative, aggressive behaviors by residents during bathing were actually protective, self-defensive expressions of distress. This is a critical shift in thinking. The goal when viewed from the person’s being assisted with bathing point of view changed from “decreasing aggressive behaviors” to making bathing a safe and comfortable experience instead of a fear producing attack.

The solutions discovered were simple, and in many ways, common sense, compassionate approaches that did not require expensive equipment or training. What is required is a change in the culture and the systems of care.

When we started our research, the most common approach to bathing or meeting hygiene needs was a scheduled shower twice a week for all residents, often based on room assignments, not residents’ preferences or needs. If the resident refused a shower and another method was used to wash them, it often got documented as “shower refused” and no credit given to the alternative methods used. The basic belief was that it takes a “dunk or douse” (bath or shower) to maintain hygiene and skin health. This was found not to be true in our study. Many other methods of washing can be very effective. In fact, people do not need to get in a shower or tub to be clean. Many elders that live independently in the community have chosen to no longer get in the shower or tub (usually because of fear of falling or lack of energy or endurance) and do “spit baths” at the sink or use baby wipes to get clean. They don’t talk about it for fear others will judge them as requiring more care or needing to move to a care setting.

Nurses and sometimes families in care settings often felt that if a direct caregiver honored the person’s request to not shower, the worker was trying to get out of work. These practices of:

are part of the old “provider directed” care approach and are a far cry from person directed.

It is worth another look at the continuum of care chart and the document, Applying the Continuum of Person-Directed Culture to Specific Practices in Long-term Care Settings to evaluate whether your care practices are based on the previous models of care or have they moved forward to becoming more person directed.

What holds us back from progressing? Why is there such a pull back to old, out of date practices that take away a person’s right to choose and control something as basic as when and how they are bathed? Forced bathing, which feels like a physical and sometimes sexual assault to the resident, should be viewed as abuse when practical, individualized methods and approaches exist. Forced bathing is damaging and dangerous not only for residents but also for staff. Staff members have often related to me how awful it was when they felt they had no choice but to proceed with the shower in spite of the person’s distress and refusal.

We all need to value and hang onto our vision and progress with a vengeance. We are part of a major, exciting shift in how care is delivered across the care continuum. Unless we continue to move forward and hang onto our progress, we are destined to be in a loop of rediscovering and reinventing what has already been learned and implemented. And person directed care will remain an unattainable goal for most elders in care settings. It is up to us.