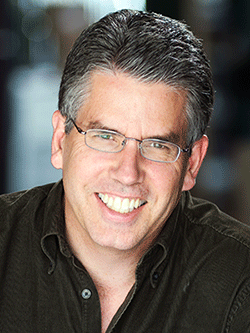 My own journey, and the journey of our company (It’s Never 2 Late… www.iN2L.com) has very much shadowed Pioneer Network. Eleven or twelve years ago, as we were trying to find our way, the PN welcomed me, my sons Nathan and JP, and iN2L, with open arms — particularly Rose Marie Fagan and Karen Stobbe. Since then we have not looked back, and serving on the PN board is something I cherish. I’ve been to every conference in the last 10+ years, and always look forward to learning new ways and seeing old friends.

But I have to say, in all of my years of conferences, nothing hit me like the closing session of this year’s conference. The tribute to Vivian Tellis-Nayak, and his tribute to his wife Mary, left those of us who know that couple mesmerized by their passion. For those of you who were not there, Vivian spoke at the closing general session at the conference.

As he spoke, his words miraculously showed up on the screen for all to see. You had to strain to pick up his words with your ears, but it was easy to see the words showing up accurately for the 500+ folks in the crowd.  Was it some new found Alexa technology that could translate word to text? Nope, symbolically, it was his wife, his wife and soulmate for 46 years, typing away silently and unseen backstage, in the shadows. What a metaphor for one of the most remarkable couples you will ever see, Vivian and Mary Tellis-Nayak.

The story of Vivian is inspirational. >From priest to professor, from researcher to author, he inspires through his words, and he inspires through his resiliency. His uninvited guest, Parkinson’s disease (or Mr. PD as he calls it) has taken away a lot of his body, but hasn’t taken away his soul and spirit.  This recent article published in India speaks to the man — http://www.harmonyindia.org/columns_posts/the-power-of-perseverance/. His inspiring words were primarily aimed at person directed care, tying together his expertise as an educator and a researcher. Vivian’s disease makes it difficult for him to speak, so Mary sat in the background translating the thoughts to words.

His work is fascinating, and his passion never wanes, but what brought the house down (and up with a multi minute standing ovation at the end) was the remarkably personal tribute he gave to his wife and caregiver, Mary, during the speech. He was tearing up as he spoke, she was tearing up as she typed. It was a moment not to be missed.

Later that night, I was delighted to talk to Mary and Vivian. It was his day, it was his speech, but it was her behind the scenes typing that brought the words to life. They were both so thrilled at the day, and kudos to Pioneer Network for providing the venue to honor his work. The whole “voice to text” was so emblematic of their lives together, how behind the scenes Mary is the true wind beneath his wings. It’s how they live their lives together. Mary, never complaining, helping Vivian through his day to day realities. It’s the epitome of unconditional love… I’ve been honored to have a front row seat. So my advice to anyone reading this is to inhale Vivian’s work by reading his recently released book, “Return to Compassion in Health Care,” co-written by Mary. It’s a great read for anyone touching elders in long term care. And as you flip through the pages, imagine the woman behind the scenes. helping edit, helping inspire, helping him live. We all know the old cliché “behind every good man….” In this case, literally, she was behind him, tears dripping onto the keyboard as she translated his words for all of us to see.

So thank you Pioneer Network for another inspirational moment, you’ve delivered thousands over the years. See you all in Denver next year! If you look closely, you’ll find your own inspiration.