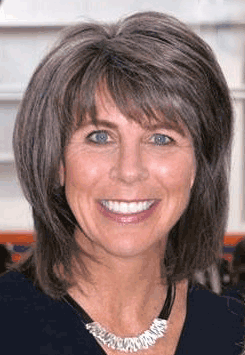 Advocating for change is what Pioneer Network is all about. Not just any change, but deep and meaningful change. It’s what we ask of others, and it’s what we have to ask of ourselves.

Last year, that look inward resulted in the development of a new theme for our annual Conference, Pioneering a New Culture of Aging. It captures what we believe in at Pioneer Network and what other others are working towards as well, a culture of aging where Elders and those of us becoming Elders are valued and respected for being who we are, no matter where we live or what physical, cognitive, and mental health challenges we face. We believe this was a positive change, and as we begin preparations for our 2019 Conference in Louisville, Kentucky we realize it’s one thing to talk, but another to do, so we’re adding the tagline, “Making it Happen.” Have you ever felt there are too many words spoken and not enough action taken? We agree.

But the call to “Make it Happen” is not just something we heed once a year, and this has been evident over the last few weeks as numerous articles, posts and public discussions about ageism and ageist attitudes and practices have appeared in publications and on social media. Either it’s become a hot topic or I’m in a heightened state of awareness. For instance, last month I was informed that some school districts celebrate the 100th day of school by asking children to dress up as a 100-year old. I was a bit shocked and appalled when I Googled this and found Pinterest pages devoted to it. Many had images of children with grey wigs, hunched over with either a pink sweater or pants that are too short using a cane or walker. Having two grown boys, I remember this day as one where they brought in or talked about 100 of their favorite things, not perpetuated stereotypes that can only be described as negative and potentially damaging. So, what did we do at Pioneer Network? We talked to our friends at The Eden Alternative and Leading Age and the three organizations developed a letter that parents and community members can give to educators with ideas on how to help children learn about and have a more positive view of growing older.

Of course, just when you think you made an impact on one issue, another comes along. Maybe you saw the video ad to encourage people, specifically “younger” people, to vote. One day last week my email started blowing up with the clip. Disgusted, frustrated, and angered are all words that immediately came to mind. To me it was not only ageist but also an example of one group being pitted against another, something we continually see. However, just as in the case above, the people who developed the video thought they were being clever and persuasive. I’m not sure they expected the negative backlash they’re currently receiving.

And then we need to look at possible ageism in our own backyards, or as this article by Tammy Marshall points out, it’s right in front of our care communities. The signs we use to describe where people live such as memory care, a “55 plus community,” and assisted living may be labels that call attention to a group of people in a way that isn’t positive. Again, no one is trying to do the wrong thing and whether you agree with the content of Tammy’s article or not, it should make us pause. Language is powerful as it helps us create images and gives a context for our thoughts.

What do the above examples teach us as we move forward to “make it happen”? The first step of changing perception is creating awareness. We at Pioneer Network have many friends working to make that happen. There’s Old School, a clearinghouse for all things anti-ageism. There’s the initiative from Leading Age, An America Freed from Ageism. There’s a blog by Sonya Barsness called Being Heard. And so you know that the United States is not alone, there is Ageing Equal, that launched a 70 Day Global Campaign launched on October 1 to end ageism as part of a human rights initiative. There’s action happening, and Pioneer Network is part of it. We’re engaging gerontologists, researchers, social workers and others in a discussion about how Elders who need care and support are affected by ageist attitudes. It’s not l about promoting positive aging or showcasing images of 85-year old triathletes, for example. It’s about normalizing aging no matter where you live or what physical or cognitive challenges you have.. It’s about showing the value we all have, no matter what. It’s a Call to Action for Pioneer Network and for all of us and it will be incorporated into the 2019 Pioneering a New Culture of Aging Conference and beyond. Stay tuned for updates in our newsletter and on our website as we work to Make it Happen!

2 comments on “A New Culture of Aging — Making it Happen”