The Dementia Care Practice Recommendations were released over a year ago. Join Sam Fazio and Doug Pace from the Alzheimer’s Association as they share data and stories of what has happened over the past year as these recommendations have been put into practice. You will learn how these standards can be the basis of a culture of quality improvement which can be achieved in any long-term care or community-based setting. And as sponsors of the Dementia Track at this year’s Pioneering a New Culture of Aging conference, Sam and Doug will share with you some of the highlights from of what’s happening in the world of Dementia Care that will be shared at this year’s conference. 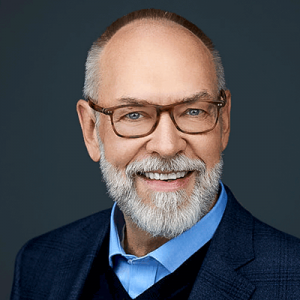 Doug Pace is the Director of Mission Partnerships with the Alzheimer’s Association. In this role, he provides strategic leadership with government and other organizations to enhance the Association’s influence in the area of dementia care. Previously, Doug was the Executive Director of the Advancing Excellence in Long Term Care Collaborative (AELTCC). The AELTCC’s major initiative is the Advancing Excellence in America’s Nursing Home Campaign, a national campaign to improve the quality of life and quality of care for the country’s 1.5 million nursing home residents. Prior to AELTCC, Doug was the Executive Director of the Long-Term Quality Alliance (LTQA). Before joining the LTQA, Doug was the Director of the Long-Term Care Solution Campaign at Leading Age in Washington, DC. He returned back to Leading Age in March 2008 after 18 months as the Executive Director of the National Commission for Quality Long-Term Care at The New School in New York, NY. Before joining the Commission, Doug was the Vice-President for Culture Transformation and the Director of Assisted Living and Continuing Care with Leading Age. Prior to joining AAHSA in June of 2001, Doug was the President of Leading Age Tennessee in Nashville, TN. He is a licensed Nursing Home Administrator who ran a 210 bed multi-level facility including a SNF, NF, a secured Alzheimer’s unit and assisted living before joining Leading Age TN.

Dr. Fazio currently works in the Program Team where he oversees quality care standards and social/behavioral research initiatives. Prior to working for the Alzheimer’s Association, Dr. Fazio worked for Rush Presbyterian St. Luke’s Medical Center at the Alzheimer’s Family Care Center, an adult day center specifically designed for people with dementia. He has worked in the field of aging since 1987 and has a broad range of experience, including research, leadership and management, working with older adults and families, and direct care. Dr. Fazio has presented both nationally and internationally as well as published several journal articles and book chapters. Dr. Fazio is the author of The Enduring Self in People with Alzheimer’s: Getting to the Heart of Individualized Care and the co-author of the book Rethinking Alzheimer’s Care.